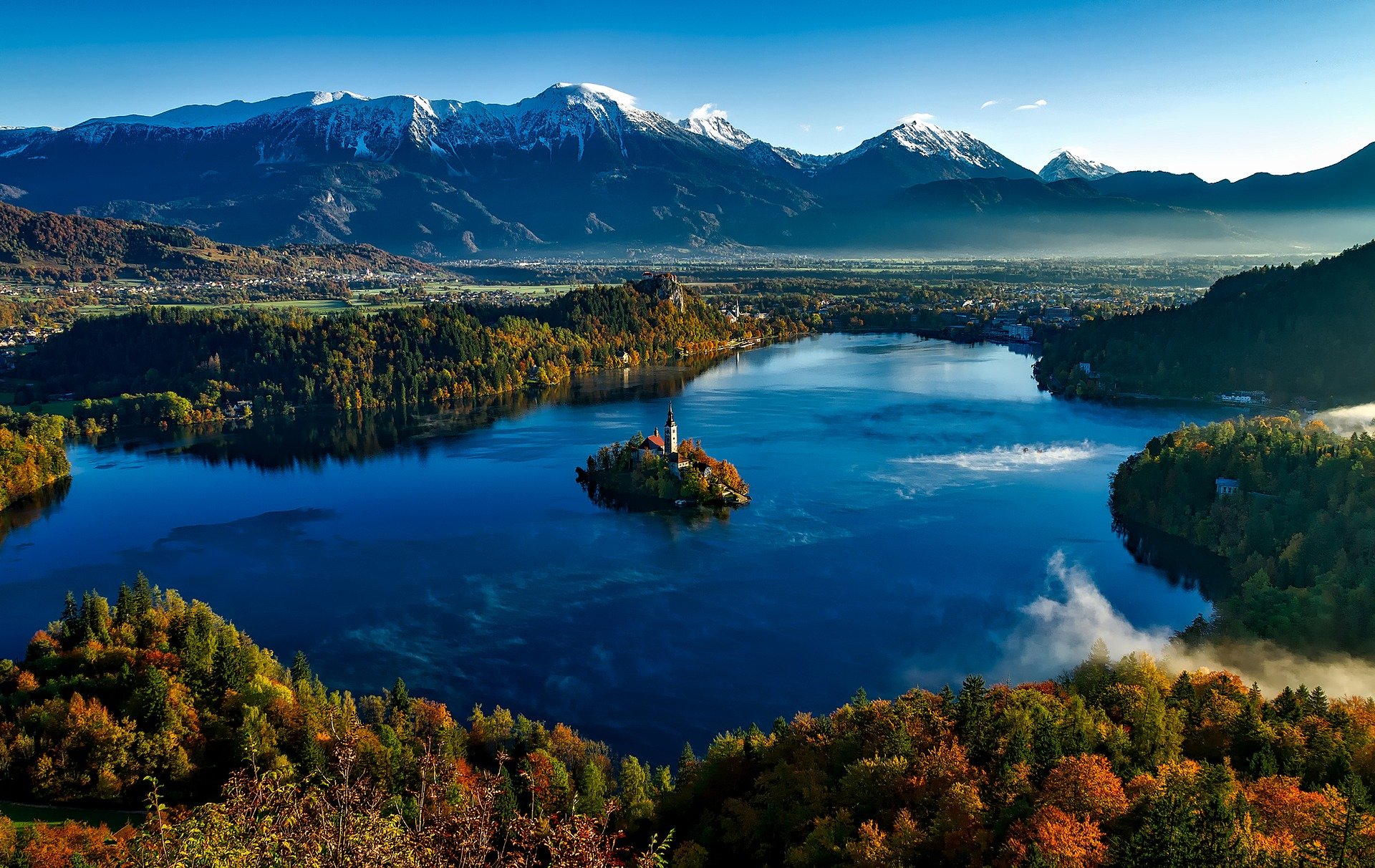 POSTOJNA CAVE - The Slovenian underground hides more than 8.000 caves, of which 22 are open to the public. The Postojna Cave is the most visited one and also one of the most visited tourist attractions in Slovenia. A 90-minute guided tour takes visitors through the stunning interior of the caves. The tour is partly done by foot and partly with small electric train. Inside the caves, there are beautiful karst formations, some of which are millions of years old. 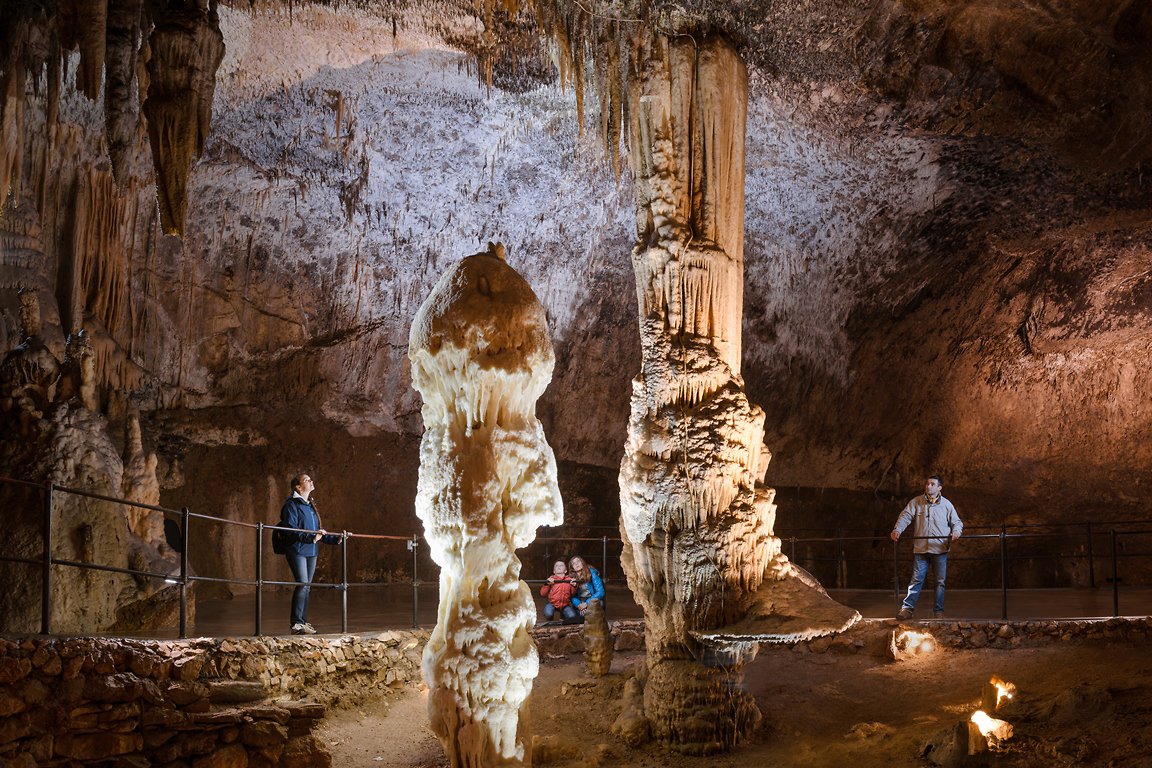 LAKE BLED - The emerald green lake is surrounded by high peaks of the Julian Alps. What make it even more appealing is the small island in the middle of the lake, which is home to a 17th century church. The best way to reach the island is by taking a pletna ̶ a traditional gondola in the Bled area. Once on the island, visitors must walk up ninety-nine steps to reach the island’s church. It is considered good luck to ring the church’s bell when visiting the island. Bled’s famous cream cake known as the Bled kremšnita has been made at Hotel Park in Bled since 1953. And, over that time they have sold 12 million of them. 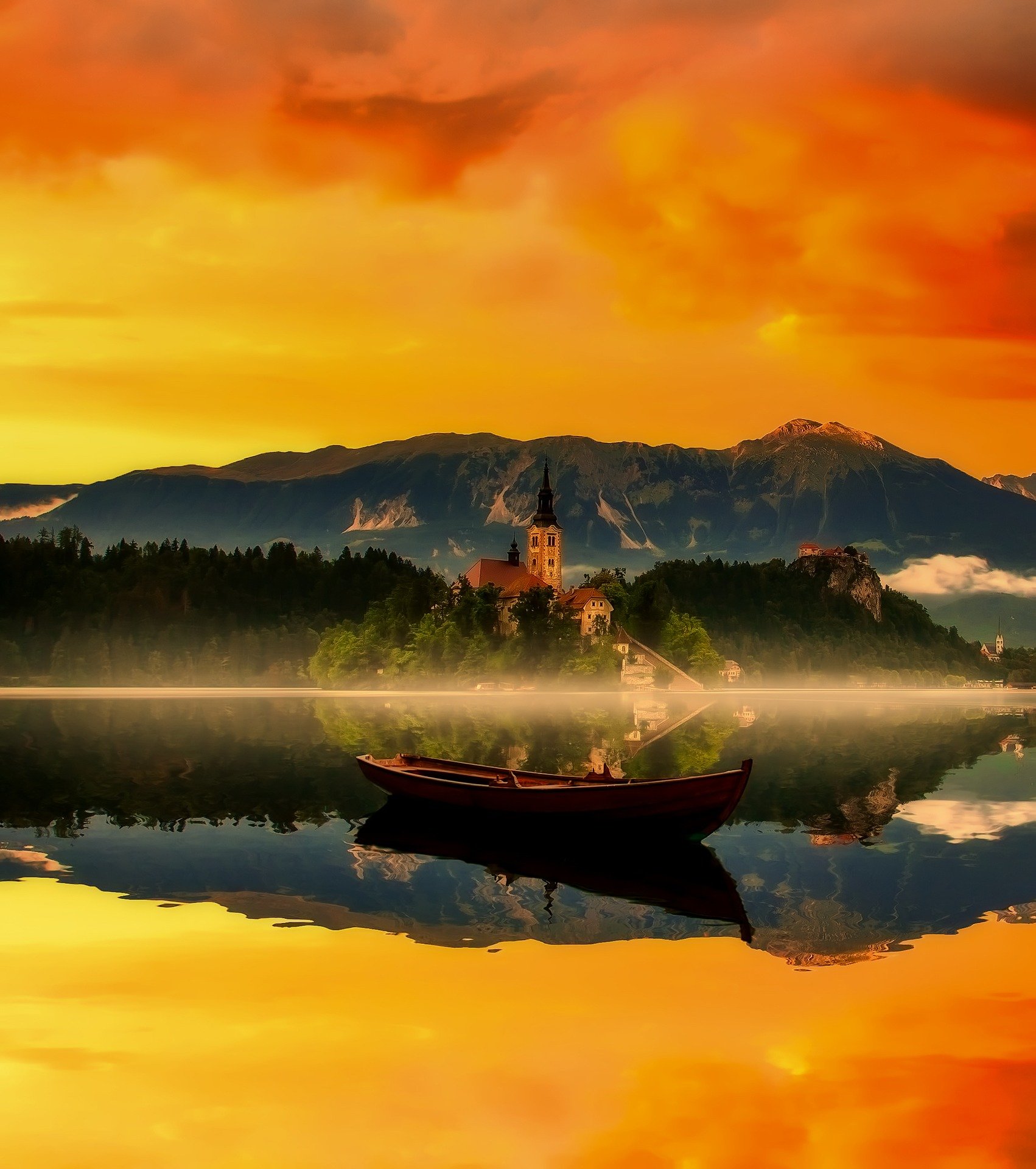 LJUBLJANA - One of the best places to visit in Slovenia is its capital, Ljubljana. Although Ljubljana is much smaller than most European capitals, it has a unique appeal that makes it worth a visit. This lively and charming city offers many attractions such as the Triple Bridge, The Prešeren square, open air market, the castle overlooking the city center, and many more. If you really want to feel the city’s vibe, just ask the locals what their favorite thing is to do in Ljubljana. The majority of them would probably say they simply like to sit by the Ljubljanica river with their friends and enjoy a drink in the sunshine or under the stars. Just look around the river and find your spot in this unique chill-out area. It’s not crowded, but just busy enough to have a great atmosphere. The Dragon is the symbol of the city of Ljubljana and you will find it all around the city. It represents power, courage and greatness. 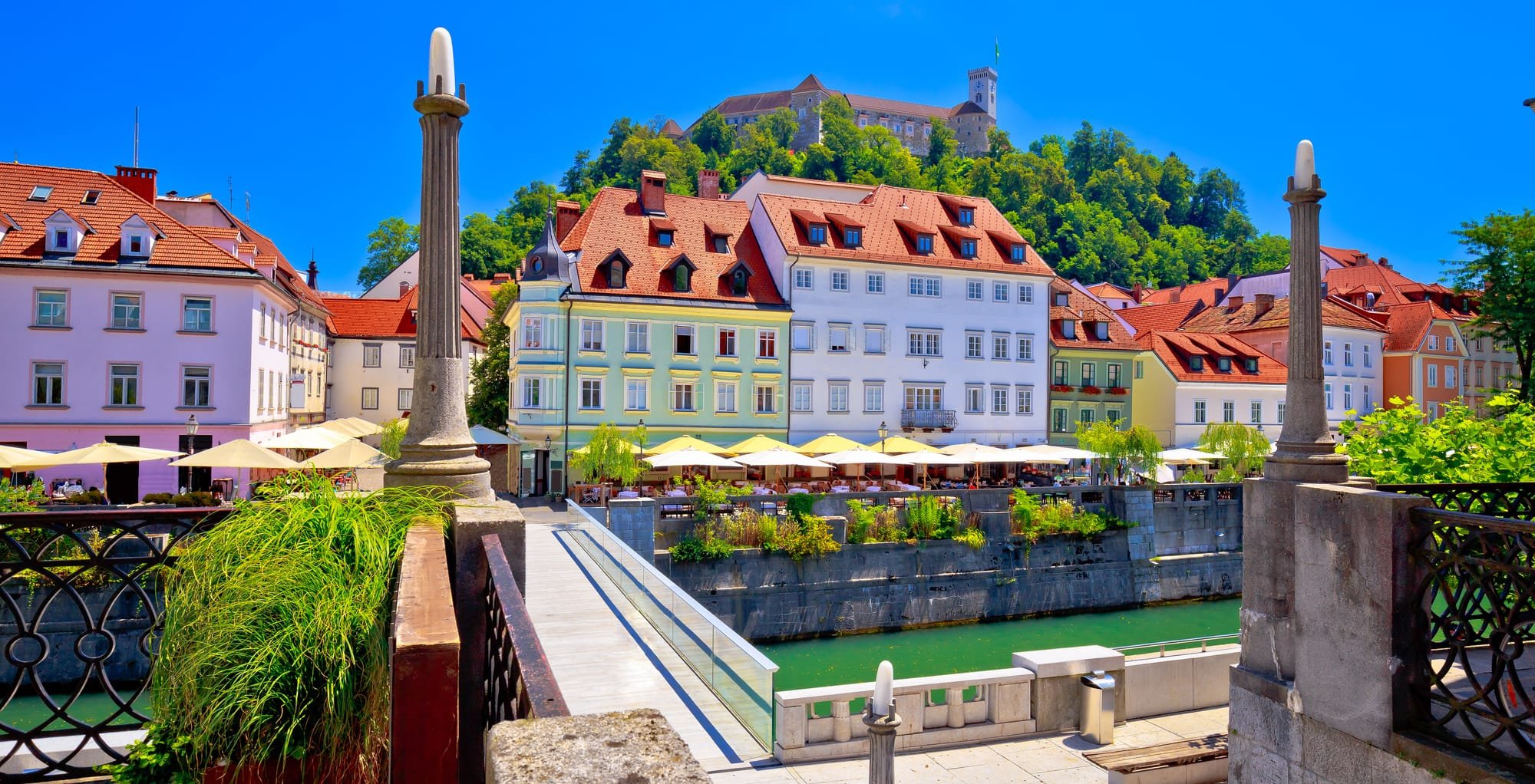 LIPICA STUD FARM - The Lipica Stud Farm has been breeding Lipizzaner horses since the sixteenth century. Once used by royals for their private stables, the farm is now open to visitors and allows them to admire this beautiful breed of horse. When visiting the Lipica Stud Farm, guests can stroll through the barns and join one of the farm’s guided tours. Three times a week the Classical Riding School performs, and guests can see the Lipizzaner horses in action. 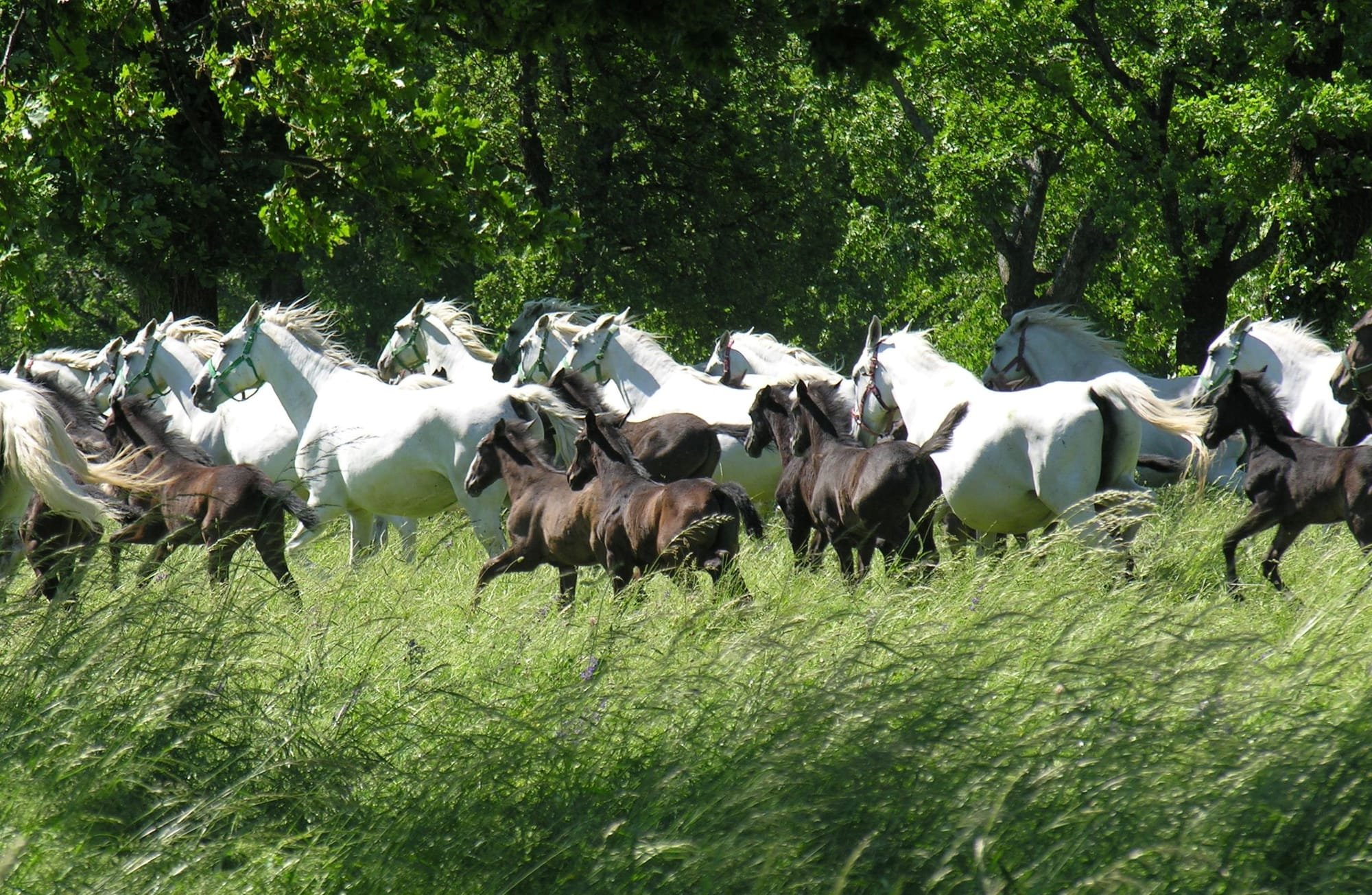 SOČA VALLEY - Outstanding Soča Valley boasts the emerald-green Soča River. It offers some of the most breathtaking sceneries on Slovenia and a wide range of outdoor activities. Most people come here for rafting, hiking and skiing, though there are plenty of historical sights and locations, particularly those related to the World War I, when millions of troops fought on the mountainous battlefront here. 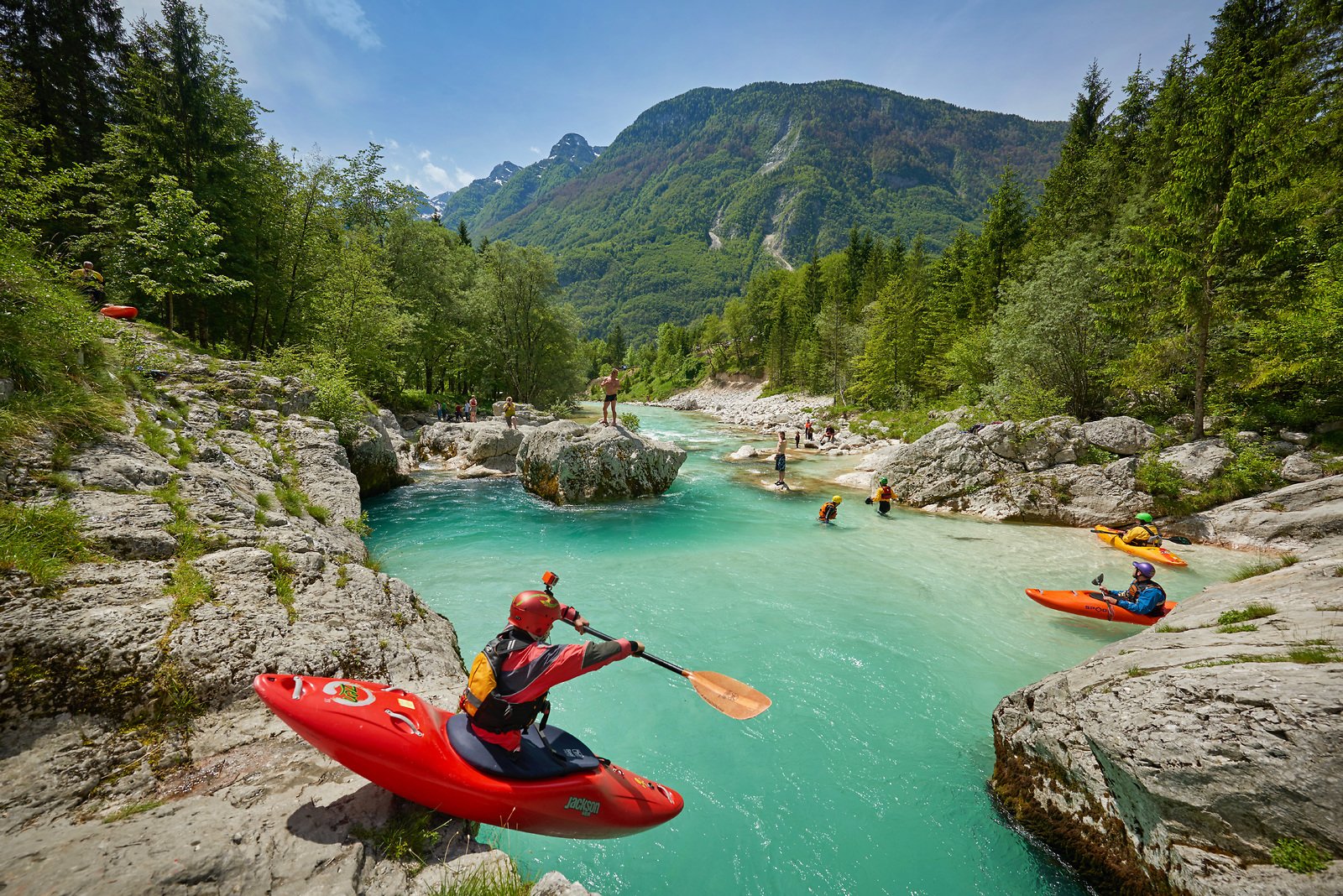 PIRAN - One of the loveliest towns, picturesque Piran, sits prettily at the tip of a narrow peninsula. Its well-preserved Old Town is a gem of the Venetian Gothic architecture. Travelers will fall in love with the winding alleyways, the sunsets and the seafood restaurants.